Stress has often been described as a scourge of the modern world. Although human beings have always been exposed to it, it wasn’t until the middle of the last century that Dr. Hans Selye of Université de Montréal was able to understand the physiological mechanisms at work.[1] It’s now known that stress affects every organ and function in the body: the brain, immune system, heart, muscles, bones and digestive system, particularly the intestines.

Read more: Can a person’s exposure to stress be measured?

Stressful events aren’t the same for everyone. While almost all people are alarmed by very loud noises or aggressive situations, only some are chronically stressed by more mundane events in everyday life. In all cases, the brain triggers a dual hormonal response involving catecholamines on the one hand and cortisol on the other.

Catecholamines, such as epinephrine (adrenaline) and norepinephrine (noradrenaline), act as first responders to situations that are interpreted as a threat by the brain. We’ve all experienced some of the side effects of this response when we’re startled, narrowly avoid an accident or experience a panic attack: sweating, increased heart rate, breathing and blood pressure, red cheeks, trembling, etc. These unpleasant effects conceal a whole series of important physiological mechanisms that occur simultaneously and serve to fight or flee the danger. The catecholamine response is rapid but short-lived. It becomes harmful if it’s repeated too often.

At the same time as it stimulates the production of catecholamines, the brain instructs the pituitary gland to stimulate the secretion of cortisol by the adrenal glands. Together with catecholamines, cortisol releases glucose into the bloodstream to meet energy needs from glycogen, fat and even protein reserves. It inhibits energy-intensive functions such as growth, digestion and reproduction. The effects of cortisol aren’t as noticeable as those of catecholamines. However, they last longer and become harmful if stressful episodes are chronically repeated.

Read more: When should you worry about abdominal pain?

Of course, the digestive system can’t escape the combined effects of catecholamines and cortisol. Who hasn’t felt discomfort such as a knotted stomach, bloating, nausea, or the urge to have a bowel movement or urinate before or during a particularly stressful event? These phenomena occur when the brain directs all of its attention to the fight or flight response. This response involves a part of the nervous system called the “sympathetic nervous system.”

The price paid for this mobilization of the sympathetic nervous system is the decreased activity of another nerve network, the parasympathetic nervous system. This system, through the vagus nerve, normally relaxes the muscles and increases bowel movements. At the same time that bowel movements are slowed by the reduced activity of the vagus nerve, the nerve that controls the bladder and rectum remains active, resulting in the urge to urinate or defecate when experiencing stress.

Over the long term, chronic stress can lead to many gastrointestinal complications by aggravating existing conditions such as the following [2]:

Several studies demonstrate that chronic stress can increase the risk of relapse in patients with Crohn’s disease or ulcerative colitis. The mechanisms are complex, but certainly include the ability of stress hormones to decrease the immune response and increase the inflammatory response.[3]

Although we don’t know all the mechanisms at work, irritable bowel syndrome has a major psychological component. There is constant, two-way communication between the brain and intestines, which is sometimes considered our “second brain.” This communication involves mediators of nerve transmission, hormones secreted by the digestive tract which act on the brain, and many molecules produced by the microbiome (the collection of bacteria that colonize the intestine).[4]

Studies on a large number of subjects have shown that the level of stress and anxiety is significantly higher in people suffering from gastroesophageal reflux disease than in others.[5]

The vast majority of stomach and peptic ulcers are caused by an infection with the Helicobacter pylori bacterium. H. pylori acts by attacking the mucous membrane that protects the stomach lining from the acids produced during digestion. It’s been observed that regardless of whether subjects had an H. pylori infection or were taking non-steroidal anti-inflammatory drugs, the incidence of peptic ulcers is higher in people suffering from psychological stress than those in the control group.[6]

To learn more about these conditions, consult our neat little guide to digestive disorders.

How to protect the intestines from the effects of stress

To protect the intestines from the effects of stress, we must first protect ourselves from stress. There are dozens of ways to do this, and everyone should try to find the one that works for them. Here are a few examples adapted from the Health Canada website [7]:

For people who suffer from anxiety, medications such as anxiolytics and some antidepressants may be helpful.[8]

We provide services that can help your doctor diagnose stress-related disorders and determine whether a medication may be ineffective or cause adverse effects. Please note that these tests are not used to measure stress levels, and that this is a non-exhaustive list.

Do you have a doctor's prescription on hand for one of these tests? Book an appointment online or contact Biron Health Group’s customer service at 1 833 590-2712.

What types of water should be used in your continuous positive airway pressure (CPAP) device?

Demineralized water and distilled water are the only types of water recommended for CPAP devices. Check out the differences between the various types of water.
Your Questions

How to clean your sleep apnea (CPAP) machine, mask and accessories?

Here’s how to clean your sleep apnea machine and mask to extend their life and maximize the efficacy of your CPAP treatment.
Specialist Advice

How to treat diarrhea in children over 2 years of age

Why is it important to use a Health Canada-approved test for COVID-19?

Health Canada assesses a variety of criteria before approving a screening test. They monitor the criteria and may remove an inaccurate test from the market.
Specialist Advice 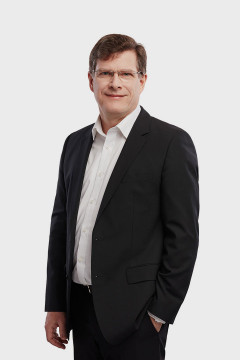