When should you worry about abdominal pain? 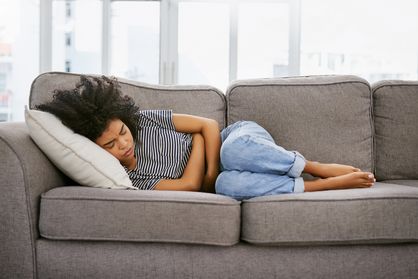 They worry or bother us throughout our lives. Whether it is the colic of newborns responsible for untold parental anxiety, menstrual cramps, digestive discomfort, or irritable bowel syndrome affecting 20% of young adults, abdominal pain are unfortunately a part of everyday life. Although these ailments are generally short-lived and harmless, some can be severe and chronic, while others indicate that our life may be in danger. This neat little guide gives you an overview of abdominal pain that may require immediate attention.

Parts of the body affected by abdominal pain

The list of potential abdominal pain is very long. The location of the pain in nine distinct areas is a useful way of categorizing them. Let us start by examining which ailments are most likely in each of the nine areas of the abdomen where pain is felt, keeping in mind that these areas are not clearly defined, whether left or right of centre or top to bottom. It should also be taken into account that some pains are referred; that is, they are felt in a part of the body other than their actual source. Examples include pain in the left arm often accompanying a heart attack or pain in the jaw or shoulder blade caused by a gallstone.

Discover the fun and educational tool "Where Does it Hurt?"

Pain indicating lung damage (e.g. pneumothorax, pleurisy, etc.) or a heart disorder (e.g. heart attack) occurs most commonly in the chest cavity and can also spread to the upper abdomen.

The area around the navel and left and right flanks is where the kidneys and most of the large and small intestines are found. Constipation can be a frequent and usually not very worrying problem in this region, but severe inflammatory bowel diseases such as Crohn’s disease and ulcerative colitis can also be a concern, in addition to extremely painful kidney damage.

The bladder, appendix and a major part of the large intestine and colon are located between the navel and pubis (hypogastrium). In women, the uterus and ovaries are also found here; in men, the prostate.

When should you consult a health care professional?

It is not easy to assess the severity of abdominal pain or distinguish between what requires the immediate attention of an emergency physician from pain which can be examined later by a general practitioner. Medical emergencies are most often characterized by a significant deterioration of the individual’s general state of health and by their sudden onset. This includes the sudden worsening of chronic pain that was previously tolerable.

As a general rule, it is recommended to consult a health care professional quickly for any stomach pain that lasts longer than a week. Emergency care is also required for any sudden, very acute and severe abdominal pain accompanied by chest, neck or shoulder pain, blood in the vomit or stool, or an abdomen that is tense, hard and sensitive to the touch.

The most serious emergency is “shock,” a severe slowdown in blood circulation which results in a lack of blood in various organs. The state of shock is manifested by profound weakness that can go as far as a loss of consciousness, anxiety with a feeling of imminent death, pallor, cold and bluish extremities, cold sweats, an accelerated pulse that is difficult to perceive, and rapid, superficial breathing. In addition, there is a significant reduction (oliguria) or complete cessation (anuria) in urine output. Fortunately, few abdominal pain will degenerate into a state of shock. Shock can be hemorrhagic when it occurs following major intra-abdominal (intraperitoneal) bleeding such as that following a ruptured aneurysm in the abdominal artery or a ruptured ectopic pregnancy. Shock can be septic (infectious) when bacteria or other micro-organisms invade the body from a perforated digestive tract or biliary tract infection (angiocholitis). It can also occur during an attack of appendicitis when the rupture of the appendix leads to an infection of the peritoneum (peritonitis)[1].

The appendix is a small, pouch-like sac two to ten centimetres (one to four inches) in length located at the junction of the large and small intestines (right iliac fossa) and shaped like an earthworm. Although its role is still poorly understood, it could be associated with the immune system. Appendicitis, a sudden inflammation of the appendix, is most common and the most frequent medical emergency among young people (6% of individuals aged 10 to 30). It is most often caused by an accumulation of fecal matter, mucus or foreign bodies in the appendix. One of its characteristics is the displacement of pain, which is initially felt near the navel, then extends to the lower-right part of the abdomen. The pain increases over time and is aggravated by pressure on the abdomen when coughing, walking or even breathing. Symptoms of appendicitis include nausea, vomiting, loss of appetite, mild fever, constipation or diarrhea, bloating and a rigid abdomen.

Ileus can be caused by a mechanical obstruction that prevents the normal transit of contents from the intestine to the rectum. Paralytic ileus can also occur after a complete cessation of contractions (peristalsis) of the digestive tract. In both cases, it leads to a partial or total stoppage in fecal motility, painful distension of the intestine and a probability that the germs it contains will spread to the peritoneum (peritonitis and septicemia). Ileus is an acute condition that is different from simple constipation (i.e. no bowel movement for more than three days). Although constipation is often already present, ileus will usually be accompanied by nausea, vomiting, loss of appetite, swelling of the abdomen and painful abdominal cramps.

Acute cholecystitis is often a complication involving the presence of stones in the gallbladder. It is manifested as unusual, prolonged (up to several hours) and very intense pain in the upper-right side of the abdomen which spreads to the shoulder and jaw and is accompanied by fever and, often, nausea. Most of the time, a doctor will diagnose cholecystitis by palpating the abdomen under the ribs on the right side. The condition is strongly suspected if the patient experiences pain while inhaling.

Renal colic is a type of intense pain, often described as “excruciating,” most often felt in the lower back, but which can spread to the groin, flank, then abdomen, always on one side of the body. These symptoms are typical of affected kidneys, often due to the presence of stones that move, block the canals and increase the pressure in the kidney and urinary tract. Sometimes, taking analgesics and applying heat (e.g. hot baths) can ease the pain, but it is suggested to go to a hospital emergency room if it becomes intense and is not relieved by oral analgesics, if there is a fever accompanied by other symptoms of a urinary tract infection (e.g. tingling or burning sensation when urinating, blood in the urine, etc.), if you are pregnant or if you have only one functioning kidney[2].

The pancreas is an organ located on the upper side of the abdomen, behind the stomach. It plays an essential role in digestion by secreting the enzymes necessary to assimilate food and is also responsible for producing insulin. Its inflammation (pancreatitis) is most often caused by the presence of stones in the biliary ducts which move and block the pancreatic duct that allows digestive enzymes produced by the pancreas to pass through the intestine. This blockage results in the activation of these digestive enzymes within the pancreas itself, causing an engorgement of the gland and intense pain. Alcohol is a frequent cause of acute pancreatitis, which can also occur in individuals already suffering from chronic pancreatitis. The sudden onset of intense pain in the upper abdomen leads to the affected person usually seeking to relieve it by adopting the fetal position. Fever and vomiting are common. In a third of cases, acute pancreatitis will be accompanied by intestinal obstruction (abdomen is swollen, painful and sensitive to the touch). The pain is usually the main factor that justifies a visit to a hospital emergency room. There are several risks of long-term complications associated with chronic pancreatitis: diabetes, infections, kidney failure, digestive disorders, etc.

Abdominal pain in women is common. Fortunately, most is benign, but some pain can indicate a significant problem that requires either a visit to a hospital emergency room or, at the very least, a consultation with a health care professional. An ectopic pregnancy constitutes an emergency due to the risk of bleeding when the Fallopian tube in which the embryo begins to develop ruptures. It is insidious, particularly when a woman is not aware that she is pregnant. The initial symptoms, such as cramps and mild vaginal bleeding, can occur three to six weeks after fertilization. They can quickly worsen with the onset of severe pain on the side of the affected tube and spread from the tube to the shoulder. A rupture of the tube results in severe abdominal pain and internal bleeding with a drop in blood pressure and, possibly, shock.

Ovarian torsion can also constitute a medical emergency. This relatively rare phenomenon occurs when the ovaries increase in size (e.g. early pregnancy, fertility stimulation, ovarian cyst or tumour). This condition, characterized by sudden and intense pain, is often described as a stabbing sensation in the lower abdomen, usually accompanied by nausea and vomiting. Immediate medical attention is required not only to relieve it, but also to avoid ovarian necrosis. In most cases, the ovary will untwist by itself, but if this does not happen within the first six hours, surgery will be required.

Regardless of the situation, when in doubt, do not hesitate to consult a health care professional or call the Info-Santé 811 line.

Does eating undercooked meat put you at risk for tapeworms?

Skiing: Be aware of the risks so you don’t spoil the fun

How to treat a running injury

Stress fracture of the foot: A common injury for runners

How does smartphone use affect my sleep? 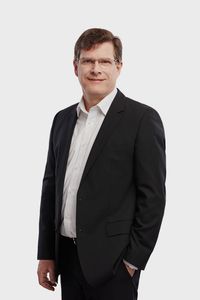