In Canada, more than 6% of people suffer from sleep apnea and almost one-third are at risk of developing the condition.[1] In fact, it is estimated that almost as many people have this condition as diabetes, except that those with sleep apnea are often unaware they have it.[2] Why is it so difficult to identify the symptoms of sleep apnea? What are their consequences and what can be done about them? 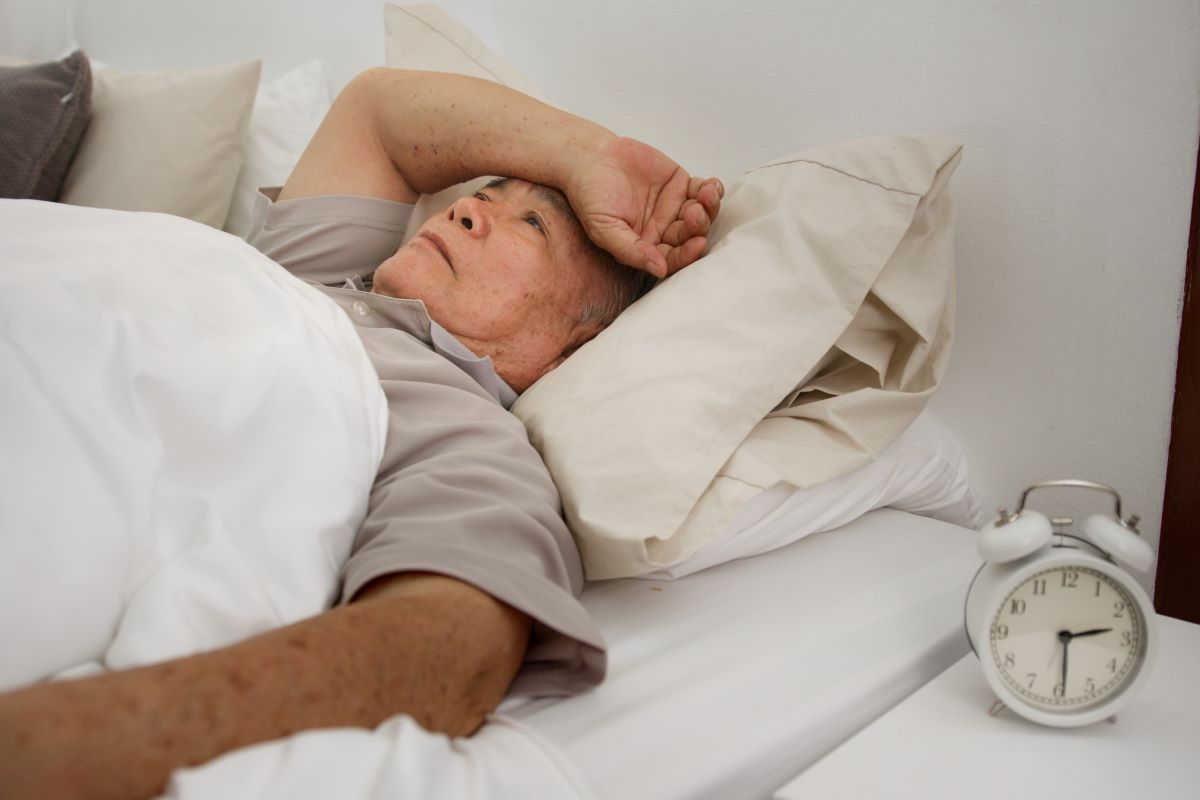 The term “sleep apnea” refers to a momentary suspension of breathing during sleep. These pauses in breathing can last from 10 to 60 seconds, sometimes longer, resulting in drops in oxygen saturation and micro-arousals that are unnoticeable but disrupt sleep.

“Anyone can experience apneas during the night, but the situation is considered problematic at five events per hour, or 30 to 40 per night. In the most severe cases, these breathing interruptions can even occur up to 40 times per hour!” explains Dr. Pierre Mayer, pneumologist and Medical Director, Sleep Care, at Biron.

This phenomenon occurs because the airway, mainly the pharynx, forms a soft structure that, in some cases, can collapse completely and lead to respiratory arrest.

When this happens, the brain wakes up to correct the situation. The micro-arousals enable it to order the muscles to contract, thereby freeing up or opening the upper airway. This action is often unconscious, and although subjects may remain awake afterward, they usually have no memory of the event that woke them.

In fact, people with sleep apnea rarely realize on their own that they have it. Because the breathing interruptions occur at night, out of sight and often unbeknownst to the persons experiencing them, they are difficult to detect.

video available in french only

What are the consequences of sleep apnea?

Repeated awakenings, while often brief, can significantly fragment sleep. As a result, the next day, the person is tired, sleepy, easily distracted, and even irritable. The ensuing drop in alertness and changes in mood increase the risk of road or work accidents. They can also affect interpersonal relationships and job performance. In addition, sleep apnea promotes weight gain.

This disorder is a risk factor for various illnesses such as diabetes, cardiovascular disease and depression. Such conditions may take longer to appear, but they are no less harmful to those affected.

“Repeated drops in oxygenation increase the risk of developing heart disease, hypertension or diabetes, or even causing a stroke, by two to three times. Therefore, the impact on cardiovascular health is significant.”

Finally, sleep apnea can cause various cognitive problems ranging from memory problems and difficulty concentrating to depression. According to a study at Monash University in Australia, published in the Journal of Alzheimer’s Disease in 2020, it may also increase the amyloid load (i.e., an accumulation of proteins known to be responsible for several diseases) in the brain and heighten the risk of dementia.[3]

How to recognize and prevent drowsy driving

Who is at risk for sleep apnea?

While most people experience occasional pauses in breathing during sleep, the following factors increase the risk of developing obstructive sleep apnea (OSA):[2]

About 60% of people with OSA are obese. Dr. Mayer estimates that being overweight increases the risk of developing sleep apnea by a factor of six. He also states that “apnea episodes decrease by 30% for every 10% of weight loss.” 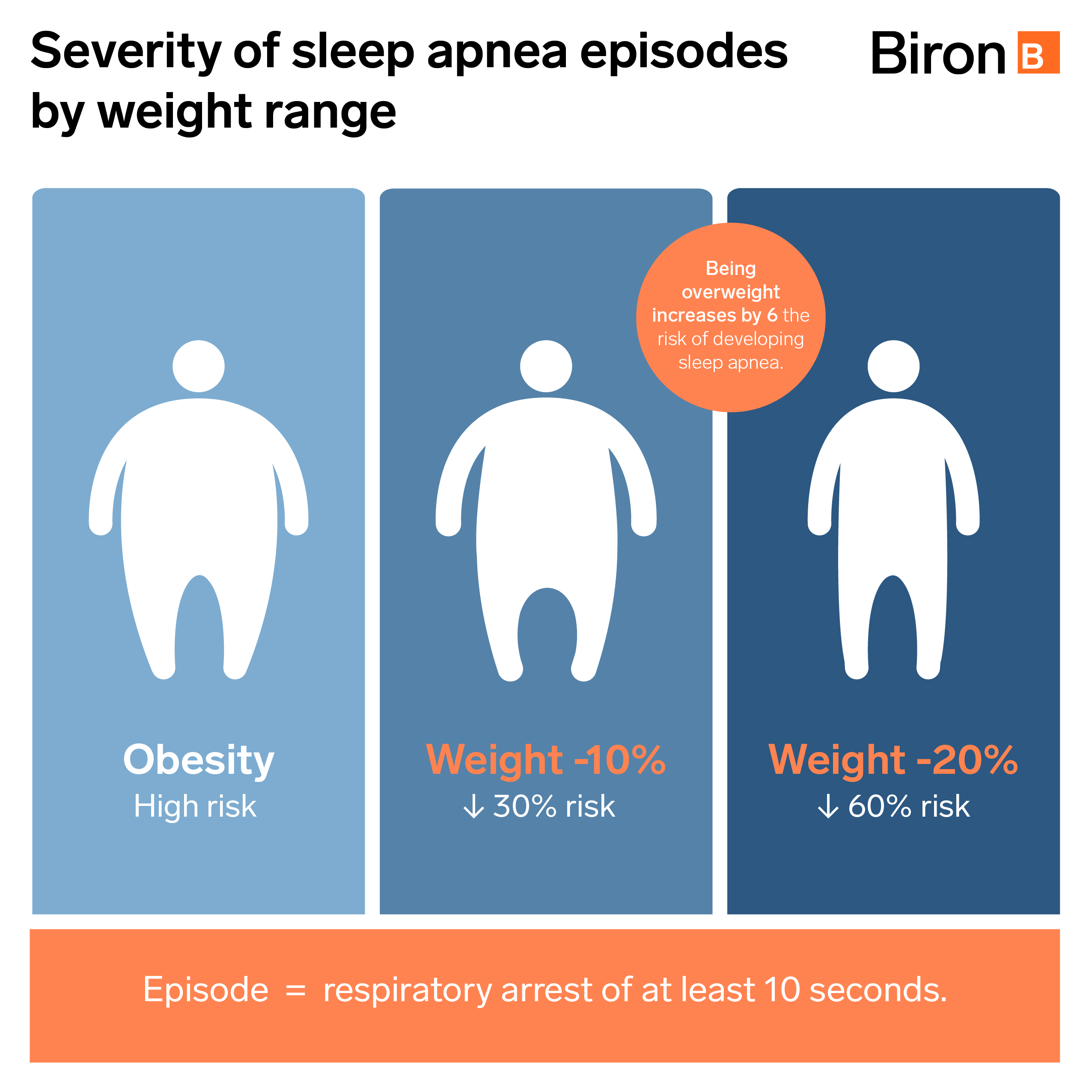 Given the same morphology and clinical characteristics, women are two to three times less likely to experience sleep apnea episodes, according to Mayer. “They’re actually protected by hormones such as estrogen and progesterone,” he adds.

However, after menopause, this natural defence disappears and the statistical curves balance out between men and women.

The symptoms are also more subtle in women and, as a result, are not always diagnosed. Because women are more prone to fatigue, insomnia, memory loss and lack of energy, their doctors may mistakenly attribute these symptoms of OSA to a depressive episode. In contrast, men are more likely to experience drowsiness and be less alert during the day. 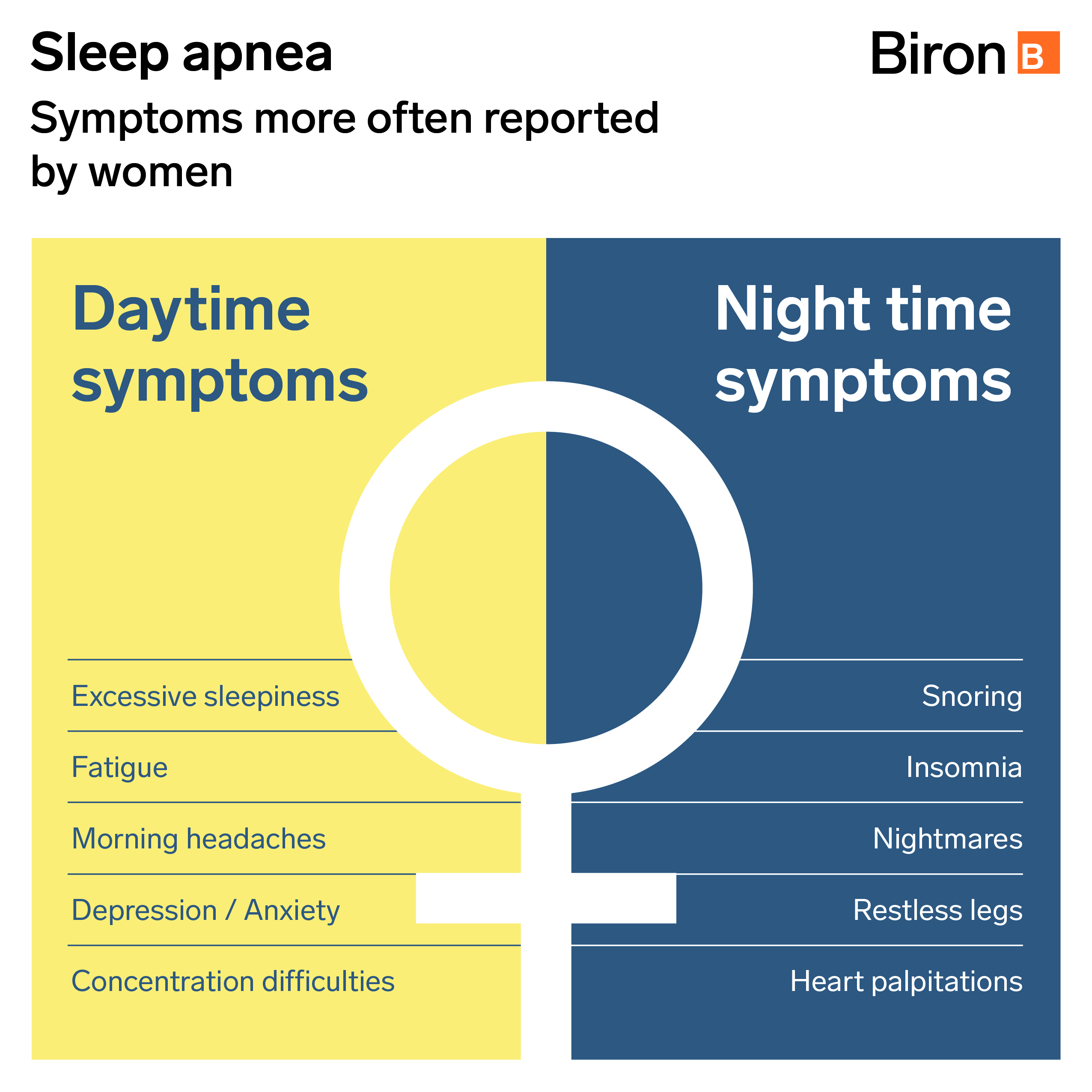 The role of genetics

Studies estimate that 40% of apnea cases can be explained by genetic factors,[4] such as a facial morphology that promotes this disorder or even overweight (which is partly considered hereditary). As a result, the risk of developing the disease increases two to four times if a close family member also suffers from it.

Often, a person with apnea experiences daytime symptoms (e.g., fatigue, drowsiness, etc.), but does not necessarily associate them with a sleep disorder. Most of the time, it is the people close to them who will warn them of their sleep disorder, unless the daytime repercussions are serious enough to alert them of a problem.

Once sleep apnea is considered, there are two simple and effective ways to confirm the syndrome.

The first is cardiorespiratory polygraphy (prescribed by a doctor), which is performed at the patient’s home. “Breathing, chest and abdominal movements, body position and oxygen levels are all recorded with a very simple, minimally invasive device,” explains Dr. Mayer. The data are analyzed the next day and used to determine the severity of the disorder.

The second, polysomnography, is performed at a clinic. It is more comprehensive, but no more invasive than the first, and the patient can go about his or her business the next day. “In some cases, when another sleep disorder is suspected – there are over a hundred – a more exhaustive laboratory test must be performed,” says the sleep specialist.

The information obtained from the diagnostic test will be used to determine the most effective treatment for sleep apnea. In many cases, it is possible to reduce or even eliminate symptoms by modifying the lifestyle habits of those affected. An appropriate medical follow-up can help them change their sleeping position, treat nasal congestion, modify their diet or plan their weekly physical activities.

When OSA is more severe or treatment needs to be adapted to specific situations or morphologies, there are other possibilities:

Sleep apnea is very well understood and documented by specialists, making it possible for patients to find relief. The greatest challenge remains their ability to detect the telltale symptoms themselves. Keep in mind that 80% of apnea cases are not diagnosed.[2]

The bottom line is that, if you or anyone in your family experience sleep problems (e.g., snoring, recurrent awakenings, insomnia, fatigue or daytime drowsiness), you should tell your doctor, who will assess whether a diagnostic test is appropriate. It is important to remember that the consequences of OSA are far from trivial.