Smartphones, tablets, computers… sometimes it’s hard to do without these essential tools. Not wanting to miss anything, we check them hundreds of times a day. However, we must be vigilant. This overconsumption can sometimes become a problem.

How connected are we?

A report published by the Canadian Internet Registration Authority (CIRA) found that 74% of Canadians spend at least three to four hours online each day, and social media is the third most common online activity after reading, emailing and banking. Some people even check their mobile phones more than 250 times a day [1].

We spend so much time updating our statuses and checking those of our online friends that we tend to forget the real friends around us. The impending arrival of 5G networks may exacerbate this tendency to isolate ourselves in our screens. Faced with this troubling phenomenon, it’s high time we reflect on our habits.

Read more: Short guide to get away from screens without losing your mind!

How does internet addiction affect the body?

While social networks are an important part of our society, we must be careful, because the time we spend on them involves a number of risks increasingly being documented. Here are the most common ones.

The pleasure you feel when you check your friends’ posts contributes to the release of dopamine, a neurotransmitter associated with pleasure, among other things. This explains why we get addicted to social media and why it is so difficult to go without it. People who are addicted and don’t know what others are doing or what’s going on in the world often feel like they are missing out, no longer in the loop and alone in their corner. Which is far from the truth.

A number of studies indicate that LED lights disturb sleep. It’s actually the blue light emitted by the screens that is problematic [2]. This light has an effect on melatonin, a hormone that helps you fall asleep. Exposure to screens in the evening has the effect of inhibiting melatonin production, thereby delaying the onset of sleep.

Research suggests that even if we follow recommendations for physical exercise, the intensive use of computers, tablets and mobile phones could lead to problems of physical inactivity and heighten the risk of obesity among young people [3]. Although few studies have been published on adults, the trend appears to be similar.

Symptoms of anxiety and depression

Several studies have linked an increase in the amount of screen time to a rise in symptoms of anxiety and depression in adults [4]. For example, some people feel more worried than they should, and feel this way more often, but without necessarily making the connection between this anxiety and their amount of screen time. They may even feel lethargic, unmotivated and depressed. The studies also suggested that more screen time leads to less empathy and a lack of social skills [5]. In this regard, youth with behavioural problems appear more likely to use social media in adulthood, and a higher use of social media is associated with antisocial personality disorder in adults.

Read more: How does smartphone use effect my sleep?

People who are addicted to their screens often exhibit behaviours similar to those of other addictions.

The upshot is that expert believe this problem should not be taken lightly and this addiction should be approached in the same way as any other addiction.

Before you reach the point where the thought of going without a signal makes your head spin, it’s important to get away from your screens now and then. With the hours you gain back, you can be more active, spend more time with your loved ones or simply relax.

Do yourself a favour! Put aside your smartphone, put away your tablet and turn off your computer. As you will see, you will feel better for it.

Dr. Johanne Lévesque
Guest specialist – Neuropsychologist, biofeedback and neurofeedback practitioner
Dr. Johanne Lévesque, neuropsychologist, introduced neurofeedback to Québec in 2002 with the support of the Lucie and André Chagnon Foundation as part of a post-doctoral research project conducted at the Centre hospitalier universitaire Sainte-Justine Research Centre. This project earned her an international Foundation for Neurofeedback and Applied Neuroscience award for significant advances in the field of neuromodulation. In collaboration with members of her training team, she received this award again in 2014. She now works exclusively in her clinics, Neurodezign.
Specialist Advice

Blood test coming up? Here are a few tips to make the collection easier, such as staying hydrated, eating a balanced meal and, above all, being able to relax.
Specialist Advice 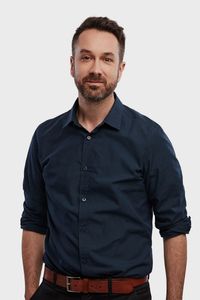 Total, free or bioavailable testosterone: What does it all mean?