Dairy products are among the foods that can worsen the symptoms of irritable bowel syndrome (IBS). Removing products containing lactose (milk, ice cream, yogurt, etc.) from your diet is therefore one of the first pieces of nutritional advice for treating this condition. However, according to one study, regularly eating homemade yogurt may eliminate the symptoms of IBS. 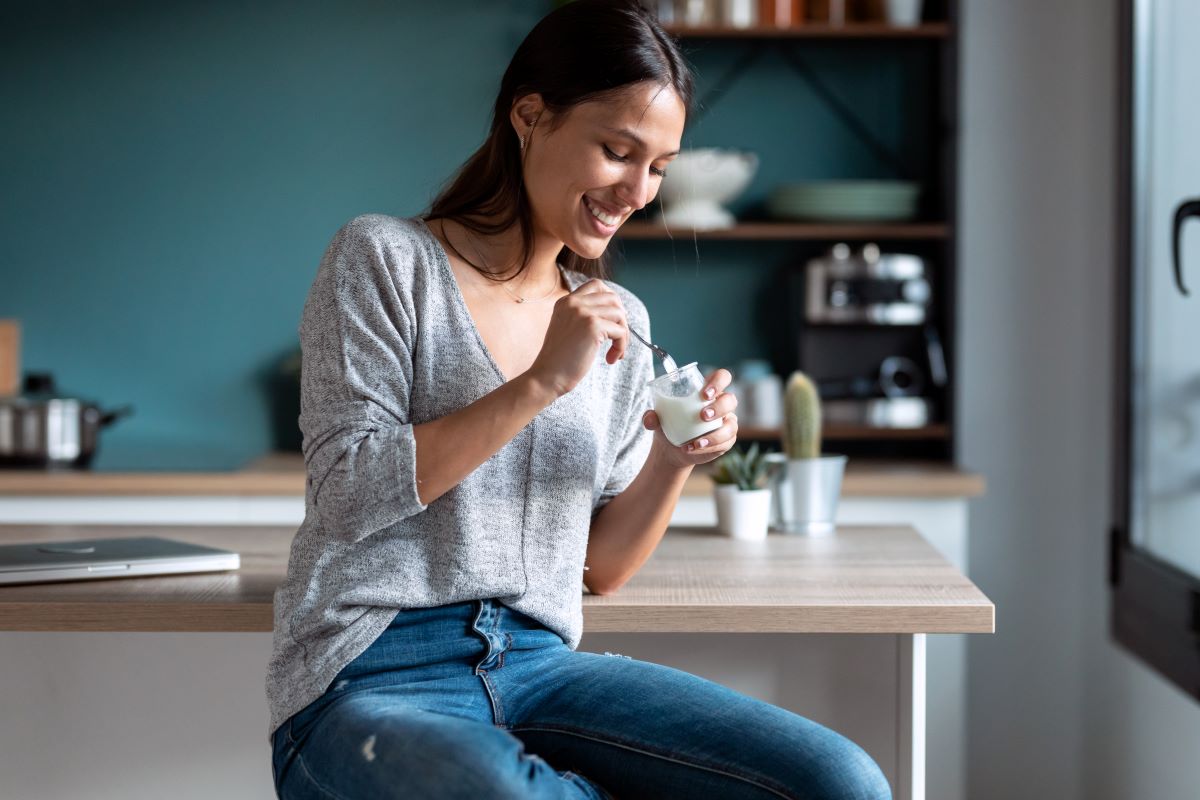 In October 2017, at a conference in Orlando of the American College of Gastroenterology, a group of American researchers, led by Manju Girish Chandran of Mary Breckinridge Hospital in Kentucky, presented the results of a study showing that in 169 of 189 individuals treated for six months with homemade yogurt, symptoms of IBS completely disappeared.[1]

Dr. Chandran’s pilot project, carried out at two medical centres in Kentucky between January 2014 and May 2017, began with the hypothesis that IBS could result from a malfunctioning of the gut-brain axis brought on by changes in the microbiome, the collection of microorganisms found in the intestines.

Given that manipulating the microbiome with lactobacilli can sometimes relieve IBS symptoms in certain people,[2] the researchers were interested in finding out whether the lactobacilli in homemade yogurt, which help balance the intestinal flora, could reduce the symptoms of IBS.

The 189 subjects, who were on average 49 years of age and all suffered from IBS, were asked to consume 500 to 750 mL of homemade yogurt per day. After six months, nearly 90% of the subjects experienced total remission from their IBS symptoms. In addition, they had a good tolerance to yogurt and nobody reported any negative side effects.

These results challenge the notion that lactose (the sugar found in milk) and irritable bowel syndrome should not go together. They suggest it is not always necessary for people with IBS to ban dairy products from their diet. What’s more, these results open the way for homemade yogurt to be an efficacious, nutritious and economical solution to treat IBS.

Naturally, more studies are needed. In fact, as of 2022 this study has still not been published in a scientific journal, meaning that the results have not been subject to peer review.

The case of lactose intolerance

To properly understand the interest in the results of this study, we need to revisit the links between lactose intolerance and irritable bowel syndrome. It is widely believed that one cannot exist without the other, which is why people with IBS are advised not to consume dairy products.

Lactose intolerance is caused by a lack of lactase, an enzyme that breaks lactose down into glucose and galactose, which the body can easily digest. In the absence or lack of lactase, lactose cannot be absorbed and remains in the intestine. Its presence leads to a build-up of water, which in turn causes diarrhea. It then travels into the colon, where it is fermented by the microbiome’s bacteria, creating gas that causes flatulence, bloating and abdominal cramps, similar to the symptoms of IBS. For this reason the two disorders are often associated.

We should also mention that yogurt contains some lactase of bacterial origin, and certain individuals with mild lactase deficiency can consume it without experiencing severe symptoms.

In the pilot study it is impossible to say whether or not the people were lactose intolerant, or if the lactase in the yogurt had an effect on their symptoms. Nevertheless, the effects of yogurt seem very promising.

Is homemade yogurt a miracle solution?

With such preliminary results, it is difficult to speak of a miracle solution. Can the findings of this study be replicated with another group of people? More studies are needed.

Another question is whether the same results can be achieved with commercial yogurts. Nothing is less certain, since store-bought yogurts contain a greater variety of bacteria (probiotics), as well as stabilizers, colouring agents and other products that may aggravate certain symptoms of IBS.

One way to treat the symptoms of IBS is to carefully monitor the effects of the foods we eat and, under proper supervision, remove some or add others. A similar approach to finding out whether yogurt may be beneficial is to determine whether eating homemade yogurt increases or decreases IBS symptoms.

To make about five litres of yogurt:

The yogurt can be eaten plain, flavoured with fruit or in a smoothie.

We provide services that can help your doctor diagnose irritable bowel disorders and related health problems and determine the appropriate treatment. 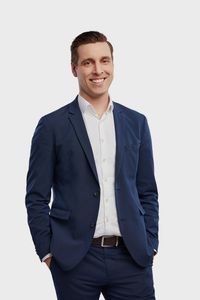