Anemia affects 3% of the Canadian population and has a wide variety of causes such as low iron levels or bone marrow failure. People with this condition feel as though they are constantly exerting themselves, even at rest, because anemia significantly impedes the flow of oxygen to the body.

The essential function of breathing for our body

Breathing is the primary function of the lungs. It provides the body with oxygen that cells absolutely need to perform their functions. It is also fundamental for the elimination of CO2 (carbon dioxide) produced by cellular activity. This gaseous exchange between oxygen and CO2 occurs in the pulmonary alveoli, small sacs that line the walls of the extremities of the bronchioles (small bronchi). The alveoli are in close contact with the capillaries (very fine, hair-sized vessels, hence their name) that allow oxygen to enter the bloodstream when breathing in and CO2 to leave it and enter the alveoli to be eliminated when breathing out. 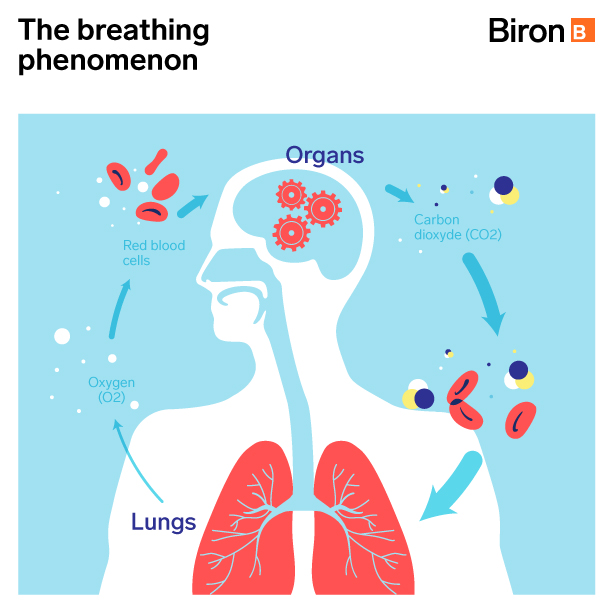 Close link between anemia and breathing

Anemia is the result of a lack of red blood cells or hemoglobin in the blood, which can be caused by an iron, folic acid or vitamin B12 deficiency or by bone marrow failure. The key signs of anemia are a pale complexion, fatigue and weakness, an accelerated heart rate and shortness of breath with the slightest effort. Headaches, dizziness, chills and other symptoms may also occur.

Anemia can occur in a number of situations, including dietary deficiencies, particularly in iron or vitamin B12, bone marrow failure, and internal or external bleeding. Many genetic diseases can also cause accelerated destruction (hemolysis) of red blood cells a hemoglobin malfunction.

Why am I so sleepy in the fall?

The impact of anemia on respiratory rhythm

The human body is organized in such a way that it constantly places a high priority on maintaining the level of oxygen in the blood. All you have to do is stop breathing for a few moments (apnea) to feel this urgent and irrepressible need to find air. Following an apnea, heart and breathing rates systematically increase. This is the body’s way of rapidly bringing oxygen saturation back to 100% and restoring the circulation of red blood cells to the tissues.

People with relatively severe anemia have symptoms of hyperventilation and a rapid heartbeat due to their bodies’ constant effort to restore oxygen levels to normal. 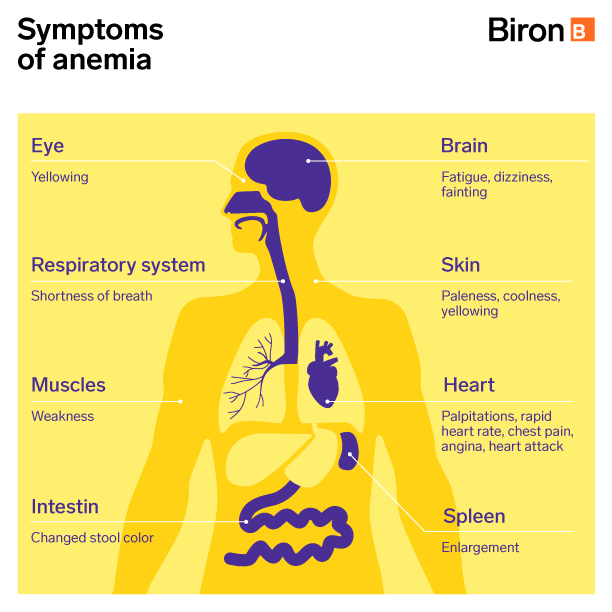 Poor blood oxygenation due to chronic lung disease (e.g., chronic bronchitis or emphysema) can create a situation where some symptoms (e.g., shortness of breath or lack of energy) will resemble those caused by severe anemia. Chronic lung disease (e.g., COPD) can actually limit the amount of oxygen in the alveoli. In these situations, even if the blood contains enough red blood cells and hemoglobin, it remains poorly oxygenated (hypoxia). Blue lips are often a clear sign of insufficient oxygen in the blood.

According to various studies, anemia may be present in 10% to more than 30% of individuals with COPD. Studies also indicate that patients suffering from both COPD and anemia have a high average age. Therefore, it could be an aggravating or influencing factor in these cases.

With some exceptions (e.g., sickle cell disease), anemia does not directly cause chronic lung disease. Conversely, COPD can cause anemia. There is a type of anemia associated with the presence of chronic disease with an inflammatory component (e.g., infections, kidney disorders, cancer and autoimmune disorders such as rheumatoid arthritis). Several factors can contribute to creating such an anemia [1]:

Sickle cell anemia, or drepanocytosis, is the form of anemia that can lead to lung complications. In such cases, a relatively common chromosomal mutation is responsible for the production of a particular hemoglobin molecule called “hemoglobin S.” [2]

Not only does hemoglobin S decrease the amount of hemoglobin available to carry oxygen (anemia), but it also has the property of deforming red blood cells into a sickle shape (sickle cells or drepanocytes). These abnormally shaped red blood cells can then accumulate in small blood vessels and block circulation. In the lungs, this phenomenon is associated not only with increased asthma and sleep apnea attacks in younger individuals, but also with the development of obstructive lung disease in a small percentage of older patients. [3]

We provide services that can help your doctor diagnose anemia and related health problems and determine the appropriate treatment.

Does eating undercooked meat put you at risk for tapeworms?

Skiing: Be aware of the risks so you don’t spoil the fun

How to treat a running injury

Stress fracture of the foot: A common injury for runners